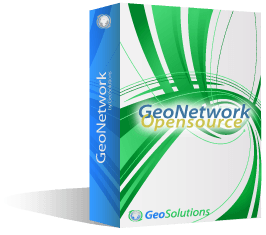 We have released in the GeoNetwork official repository a schema plugin that deals with the UK GEMINI (GEo-spatial Metadata INteroperability INitiative) v2.2.

UK GEMINI v2.2 is an application profile of ISO19139, which follows the  metadatarequirements for  the EU INSPIRE Directive. You can find the standard specifications here.

The schema plugin mechanism enables GeoNetwork to edit, visualise and disseminate metadata expressed in any format, once you provide XSD schemas for the format, and a set of XSL files which tell GeoNetwork how the metadata document should be processed.

GeoNetwork was the reference metadata editor for GEMINI v2.1, and a customized implementation, based on GeoNetwork version 2.6, was officially distributed by data.gov.uk. The use of GeoNetwork was dropped in later GEMINI revisions, in favour of an online metadata editor. In order to support the GEMINI profile on latest GeoNetwork versions, ASTUN Technology commissioned us to develop the GEMINI schema plugin. This schema plugin provides a tailored editor that follows the GEMINI specifications. Many schematron rules have been imported from the previous version, and many others have been created in order to closely follow the new GEMINI metadata constraints.

You can find the schema plugin ready to be installed at this link, and an implementation document here.

We would like to thank Astun Technology for funding this work which was carried out as part of GeoSolutions Enterprise Support Services Plan.